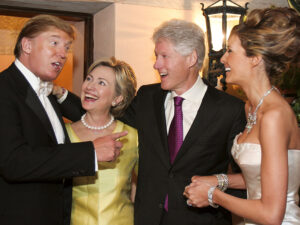 This presidential election cycle has been so mesmerizing, similar to a car accident that you can’t ignore. It consumes our conversations with friends, family and coworkers. It’s a campaign that’s very negative, including many personal attacks and charges of candidates ill-equipped for the nation’s highest office.

How the election affects spending

Whether it’s a question of temperament or honesty, this election is instilling a sense of great anxiety. All of this negativity and anxiety weighs on us. Anxiety affects spending patterns to the extent that if you’re unsure about your future, you may be less willing to spend money on non-essential items. That includes a nice dinner out, tchotchkes from a gift store or boutique…and ultimately, totally elective cosmetic procedures! So is Donald Trump bad for plastic surgery or is this election in general bad for plastic surgery?

In my practice, business is a little slower. With our advertising the same, Yelp reviews better than ever before, no major complications, nothing else has changed…except the election season. I have to wonder if people are holding onto their money for fear of what will happen November 8th.

In California, a Democrat-leaning state, small businesses are complaining of very slow sales this time of year. The slowdown began with the respective Democratic and Republican nominating conventions. So if you’re in a Democratic state, you’re probably worried Donald will win. With that concern comes an overall insecurity that extends to financial insecurity. Fears of a stock market collapse and loss of a job will drive anyone from discretionary spending.

Who will this affect more?

Whenever you’re ready to start spending again, check here for pricing on cosmetic and other out-of-pocket healthcare services.

4 thoughts on “Is Donald Trump bad for plastic surgery?!”