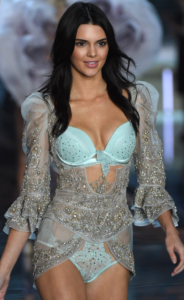 Kendall Jenner hung out while her mom got CoolSculpting

In their latest foray into pop culture, the Kardashians got some non-surgical fat reduction with CoolSculpting! The episode aired this past Sunday, May 22nd and featured the Momager, Kris Kardashian Jenner and daughter Kendall in the doctor’s office.

While Kendall wasn’t getting treated, it appeared that Kris and a friend were getting CoolSculpting. Check out the video closely because it’s not totally clear Kris was getting treated herself but with a little editing magic, the clip suggests she was getting treated. For those of you that don’t know, CoolSculpting is an FDA approved non-surgical treatment that reduces the fat layer under the skin by about 25%. No needles, no incisions, no downtime and it really works.

But you don’t have to be a Kardashian to get the treatment! Most anyone is a candidate as long as you have some stubborn pockets of fat that you can’t get rid of with exercise. While liposuction is the gold standard for removing fat, it’s understandable that not everyone wants a surgical procedure. So as long as you’re willing to have a little less result with no downtime when compared to liposuction, then CoolSculpting is for you.

Even better, you can multi-task while getting CoolSculpting. As you can see in the video below, you can get treated, hang out with friends, watch TV or check email. It’s a very comfortable experience that will get you beach-ready in no time.

To check pricing on Coolsculpting from a doctor near you, click here.

One thought on “CoolSculpting on the Kardashians!”