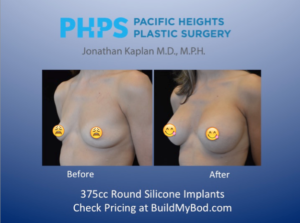 I recently wrote an article for LinkedIn about women either opting for smaller breast implants or feeling satisfied with naturally smaller breasts. The topic was germane to how society perceives women with large vs small breasts and how this affects women in the workplace. The responses illustrated in the post’s comments were illuminating!

What does the LinkedIn community think of breasts?!

Many of the comments were constructive. Not everyone agreed with the point I was making in the post but they were still constructive. One plastic surgeon pointed out that in his practice, most women are asking for bigger implants now. This brought up the possibility that patients making such a personal decision say one thing in public (in surveys or articles written about the subject) but another in private. Stated more eloquently by this doctor, “These articles out there might reflect a PC bias by the authors. But what [patients] ask for in private is larger!”

The issue at hand, in my opinion, is this: as women continue to make up a large portion of the workforce, they don’t want the focus to be on their sexuality. This may be one reason women are opting for smaller breasts. For this point alone, an article of this nature is appropriate for a networking/work-related social media platform such as LinkedIn. Not everyone agreed.

GET THIS CRAP OFF LINKEDIN

One gentleman considered the topic inappropriate and demanded that I “GET THIS CRAP OFF LINKEDIN.” Myself, along with another LinkedIn member thought it curious that a man, who this post was not necessarily directed towards, was so adamant about what the intended audience, women, should want posted.

He didn’t consider the possibility that a post about the trend towards smaller breasts could have an audience other than him. Which suggests that he feels as though he’s the gatekeeper for what’s appropriate. Further suggesting not everyone had the mental capacity to make those decisions on their own.

So if the topic is focused on an issue important to women, and he didn’t think it was appropriate, is he suggesting women are incapable of making their own decisions about appropriateness? That got me thinking…what other decisions does he not trust women to make on their own?

The other argument is that people aren’t taking issue with the topic, but the presence of before and after photos of breasts (with nipples obscured). LinkedIn is a site for networking among the workforce. That in turn means the site is inherently an adult audience. Is it really that difficult for a mature adult to see before and after photos without being embarrassed or dismissing the article out of hand? Apparently so for some. Check out the comments in the video below.

We welcome more comments below or on this post on LinkedIn here. For more information and pricing on breast augmentation from a doctor near you, click here.

One thought on “That time I posted boobs on LinkedIn [video]”