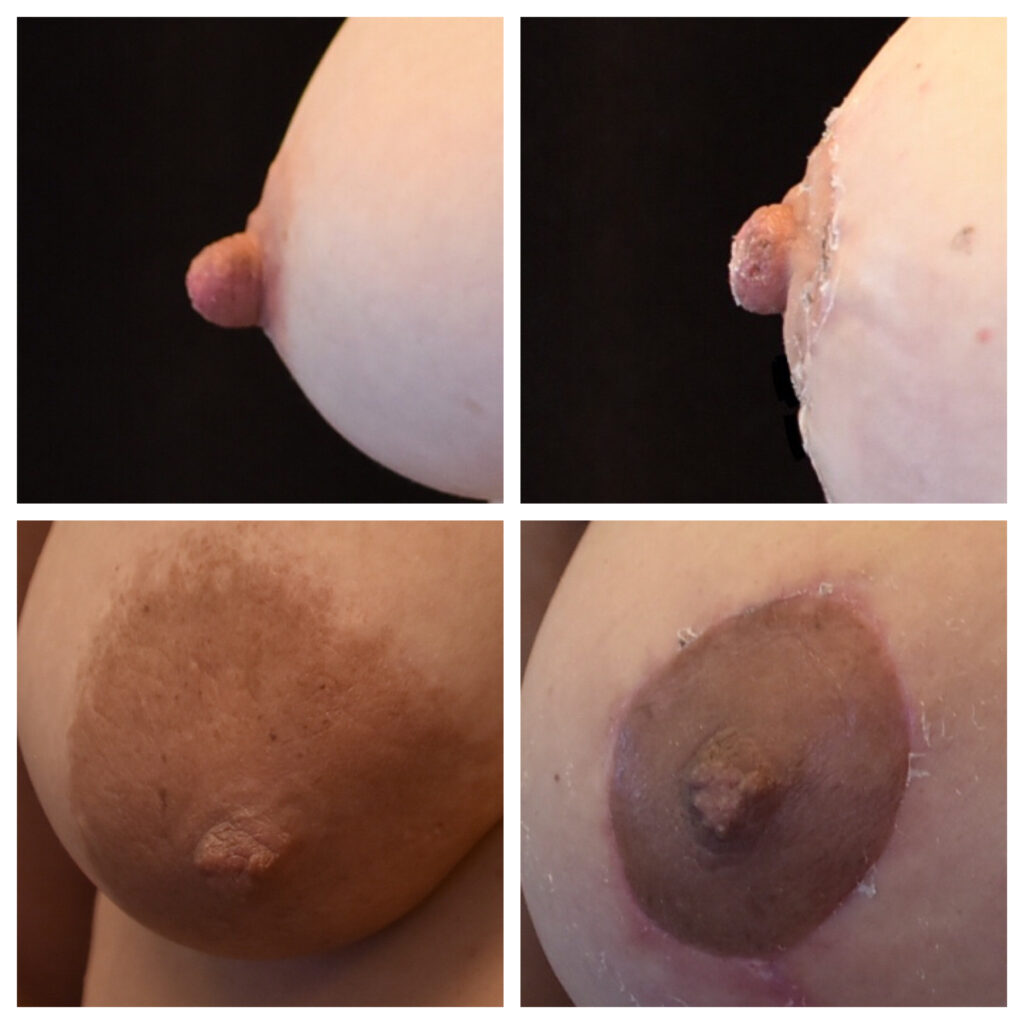 Many patients confuse the anatomical landmarks of the nipple and the areola. In other words, they use the terms as though they’re the same thing. This confusion is clear when discussing a breast augmentation. Most patients believe that one option for placement of the implant, aside from putting it through the armpit or under the breast (in the inframammary fold), is to “put it through the nipple.” No one has ever put a breast implant through the nipple itself. What they’re describing is placement of the implant through an incision along the edge of the areolar. Big difference!

This confusion is also on full display when patients ask for a nipple reduction when in fact they mean an areolar reduction. And vice versa. We’ll explain the differences below.

The areola is the pigmented round area, surrounding the centrally located nipple, on the breast. Your surgeon can reduce the areola and separately, they can also reduce the projection or height of the nipple in the middle of the areola. If referring to the nipple and areola together, this is the nipple areolar complex (NAC). The situations where it’s appropriate to reduce a nipple or areola are described below.

After breast feeding, the breasts become very pendulous or droopy. Additionally, the nipple areolar complex can become very large. If a patient comes in to see their plastic surgeon for a lift, there are multiple potential benefits as it relates to the nipple and areola.

To correct the droopy breast, the patient can request a breast lift. This is the removal of excess skin that tightens the breast skin “envelope.” By removing the skin and tightening the envelope, the breast gets a lift. In the process of removing excess skin, the areolas are always reduced. Therefore, the round pigmented area surrounding the centrally located nipple is reduced to match the newly lifted breast.

If the patient is also unhappy with the length or projection of her nipples, the surgeon can shorten them during the same operation. Keep in mind that if a patient wants, the areola can be made smaller without a nipple reduction and the surgeon can shorten the nipple without an areolar reduction. But if undergoing a breast lift or reduction, the areola will always become smaller.

Check out the video below to see an actual nipple reduction and areolar reduction.

To check pricing on a nipple or areolar reduction from a doctor near you, click here.