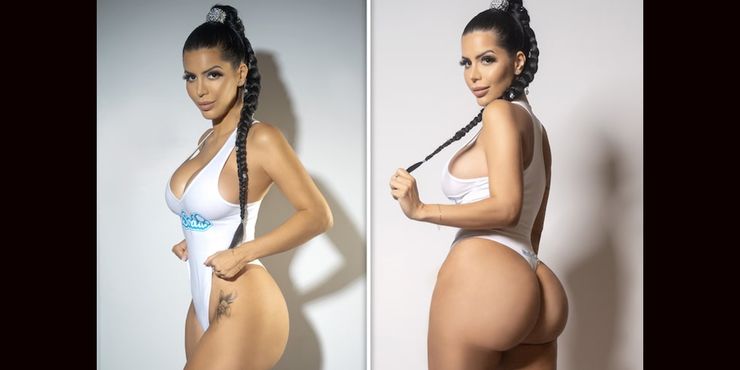 Let’s say, for a moment, I care about 90 Day Fiancé or any of the “stars” of the show. If that’s the case, I have a small window of opportunity to weigh in on the latest news that Larissa Dos Santos Lima had $72,000 of plastic surgery to look like Kylie Jenner. But is that really true?

If you look at the “after” photos above, you’ll notice some similarities to Kylie. Larissa has big boobs and is curvy like Kylie now. But when it comes to really looking like Kylie from the facial perspective, she doesn’t. That’s not to say she looks bad. Not at all. Not here to body shame.

But if she’s putting all of this money towards looking like Kylie, it will be hard to have the same face as Kylie. Their underlying bone structure and head shape are different. Sure she had a rhinoplasty and I’m sure other fillers to the face. But that alone doesn’t make her look like Kylie. The dark hair and makeup do most of the heavy lifting on that front. Not saying there’s no similarity between the two women, but the similarities reflect similarities that women with an olive complexion and dark hair would have anyway.