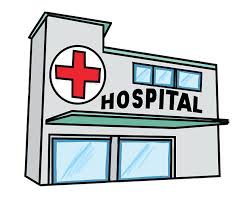 Should you be worried about your survival if admitted to a hospital over the weekend? According to countless studies and this article in Forbes, you should be.

Robert Glatter MD, the author of the Forbes story succinctly explains this phenomenon, which is multifactorial:

“At least some of the previous explanations from researchers for the “weekend effect” are related to lower staffing levels (nurses), fewer available specialists, as well as lack of readily available imaging and so-called interventional-type services offered during a typical “work” day from 9-5.”

This pretty much sums it up. Since staff and services are at a reduced level, there is an increased risk of missing a diagnosis or treating a patient too slowly or too late. However, I always thought the weekend effect specifically meant that if you were admitted over the weekend, you were more likely to die during that weekend of admission due to slow intervention or nonexistent treatment.

In actuality, you’re more likely to die in the subsequent 30 days if admitted over a weekend as opposed to being admitted during a weekday! While it’s hard to believe, it means that the decisions and treatment made during that weekend of admission has a sustained effect on your survival rate, well after that weekend has come and gone.

This reminds me of my days in residency. I was always aggravated when I had to work at the hospital on a holiday. Not because I wished I was off for the holiday but because I knew when I showed up to work, everything would be more difficult. It would take longer for labs to get drawn, for X-rays to be taken, all because of reduced staffing levels.

It’s not just the average patient that may get the short end of the stick with a weekend admission. I’m reminded of the time former President Bill Clinton had chest pain on a Thursday back in 2004 and they were considering performing a heart bypass over the weekend. His operation was pushed off to the following Monday.

The official reason was because they wanted him off of his blood thinning medication before going to surgery but I’m convinced the real reason was because they didn’t want to operate on a former President at a time the hospital had reduced staffing. From the operating room to the blood bank, fewer employees working could lead to unexpected bottlenecks while the former President was in surgery and on a heart-lung machine.

The reasoning for the weekend effect is multifactorial and may require multiple complex fixes but for now, just stay home until Monday morning!