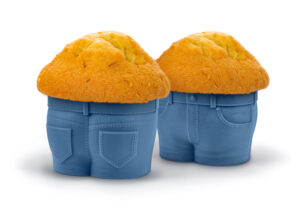 In a new series of blog posts, we’ll be highlighting common slang terms within the medical field and discussing their causes and treatments. First up: the muffin top!

Since 2009, CoolSculpting has been freezing away fat non-surgically. By placing the CoolSculpting applicator on each love handle, the fat can be permanently reduced. As seen in these before and after photos, the muffin top can be reduced with no surgery and no downtime.

CoolSculpting won’t give you as much of a result as liposuction but that’s ok. A 25% reduction in fat is reasonable to expect with CoolSculpting. So as long you’re willing to exchange a drastic result for the benefit of no surgery, you’re in good shape. To find a doctor in your area that provides liposuction or CoolSculpting to treat your muffin top, click here.