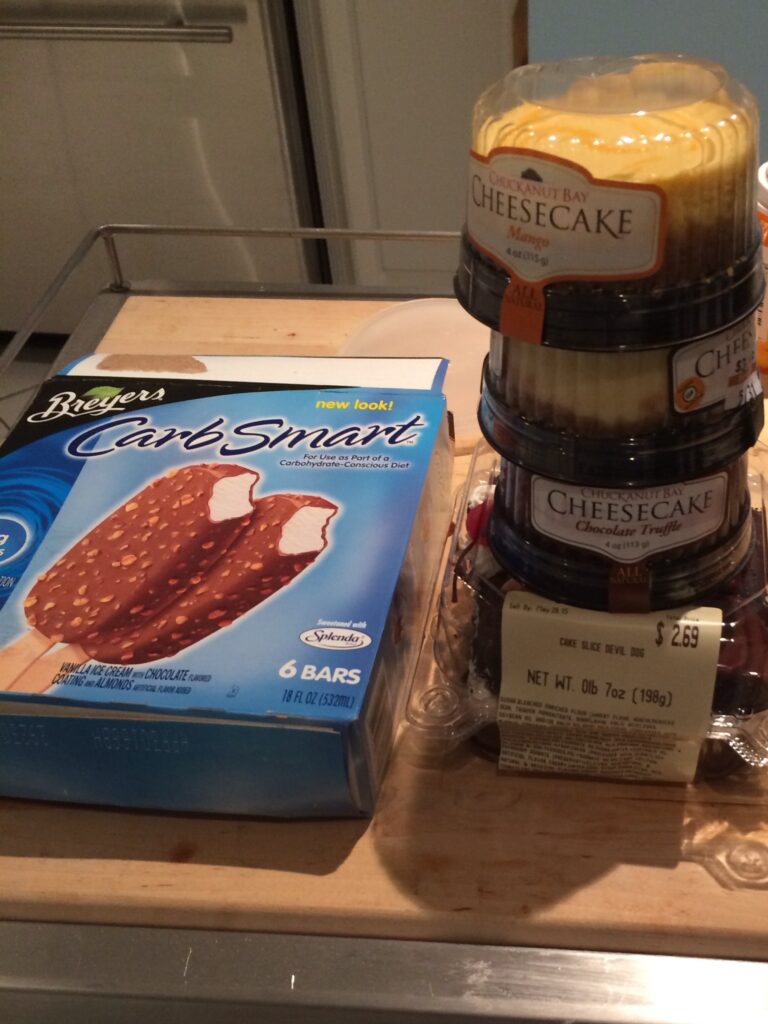 Some “lo carb” sweets after liposuction!

I recently had a patient that came in for liposuction. Wonderful patient accompanied by a very cool wife. She was a great caregiver after his liposuction to his torso. He had a pretty straightforward recovery, and a lot of that had to do with excellent family support, specifically from his wife.

And while most everything was copacetic, she filled us in on one of his less auspicious moments! A few days after his surgery, she found that he had purchased the treats shown in the picture to the left. The ice cream bars may say “carb smart” but we know better! Of course, what I’m saying is in jest – they really are a great supportive couple but her story made me realize there’s a topic I haven’t touched on yet in this blog. Eating habits after liposuction.

Liposuction is great. It can remove all of your stubborn pockets of fat aggressively (or you can use CoolSculpting for an effective less aggressive non-surgical option). But don’t use liposuction as the easy way out. Use it as a galvanizing moment, an opportunity to have a healthier lifestyle to eat better and exercise more.

I know it’s human nature to want to sneak in a few carbs after your fat has been sucked out but resist the urge! I find that most patients getting liposuction are actually pretty healthy. They’re just frustrated by the inability to get rid of stubborn pockets of fat with exercise so they use liposuction as a last resort. So technically, they were already leading a healthy lifestyle and they just want to cheat a bit after a large volume of fat has been removed. I get it. One day of binging isn’t the end of the world but we all know it’s a slippery slope!

To learn more about liposuction or to check pricing from a doctor near you, click here.