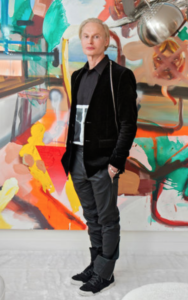 Dr. Fredric Brandt, a dermatologist to the stars, was recently found deceased in his Miami apartment from suspected suicide. I didn’t know Dr. Brandt. In fact, I had not heard of him until reading this NY Times article in March of 2014.

Regardless, he is credited for bringing non-surgical options like Botox and filler wrinkle treatments into the mainstream of aesthetic treatments. He provided patients an alternative to surgery. While non-surgical techniques to keep you looking young may seem obvious now, it wasn’t clear in the 80’s and 90’s when Dr. Brandt brought this non-surgical option to the forefront.

He had a successful dermatology practice in Miami and New York, a skin care line at Sephora and was always traveling and speaking at major anti-aging and dermatology conferences, such as the American Academy of Dermatology meeting which was held here in San Francisco 2 weeks ago. He was considered the dermatologist to the stars, including Madonna and other celebrities. So what would drive someone basking in such success to suicide?

According to unconfirmed sources, he was suffering from depression which can cloud and overwhelm the ability to appreciate other examples of happiness in one’s life. Unfortunately, depression isn’t a disease that allows you to rationally “think through” what is making you unhappy. Maybe therapists and medication can help. Maybe a significant other or family. But based on what I’ve read, this appears to have been missing from his life. Dr. Brandt was a self-described bachelor and lost both of his parents by the age of 21. He didn’t have this “default” support system.

It’s truly sad to lose anyone, famous or not, to suicide. But it’s particularly sad when someone’s success is so prominent and visible to all of us, except the person that needs to recognize it the most.

One thought on “Dr. Fredric Brandt: In memoriam”