Just kidding…this post won’t perseverate on what plastic surgery is needed by the participants of the 103rd annual running of San Francisco’s Bay to Breakers 2014! The only reason cosmetic enhancements even came to mind is the extent of nudity that is part of this annual road race.

For those of you not familiar, Bay to Breakers describes this 12K or 7.5 mile race held every May that traverses the city of San Francisco from the East “Bay” of the city to the Western coast of the city, the “Breakers” along the Pacific Ocean. The race is amazing for so many reasons – the scenery through downtown, the Hayes Valley hill, the Painted Ladies, Golden Gate park and last but not least, the parties along the way and the nudity.

The nudity. I don’t understand the nudity. I’m not being judgmental, I just don’t understand how nudity has become a tradition. Would I be less inquisitive of this tradition if it was good nudity? Maybe. But in this case, it’s often bad nudity…runners that could have some decency and shield us from their “short”comings. Again, I don’t get why being nude is good for anyone. I’ll have to get over it but I am offering discounts on CoolSculpting treatments in anticipation of those nude runners participating in the 2015 Bay to Breakers!

Enjoy some photos from the race this morning. Some were taken by my wife, some from the internet, but I have given credit where appropriate:

View of the runners from the starting line. Courtesy of EventBrite. 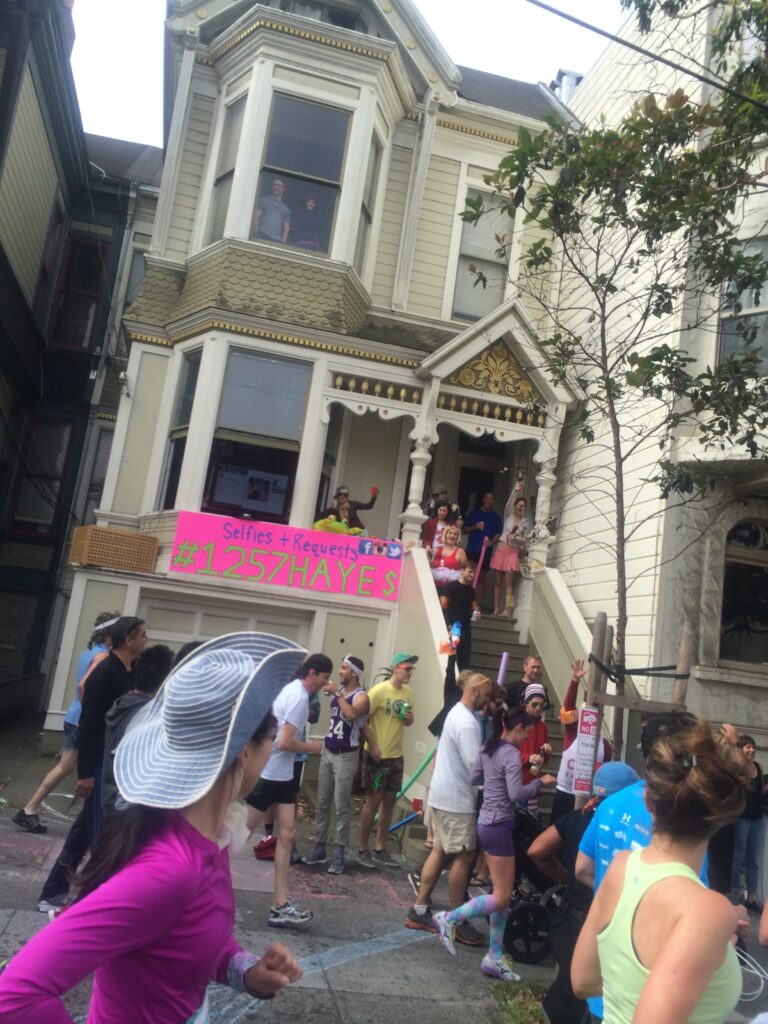 Parties along the way 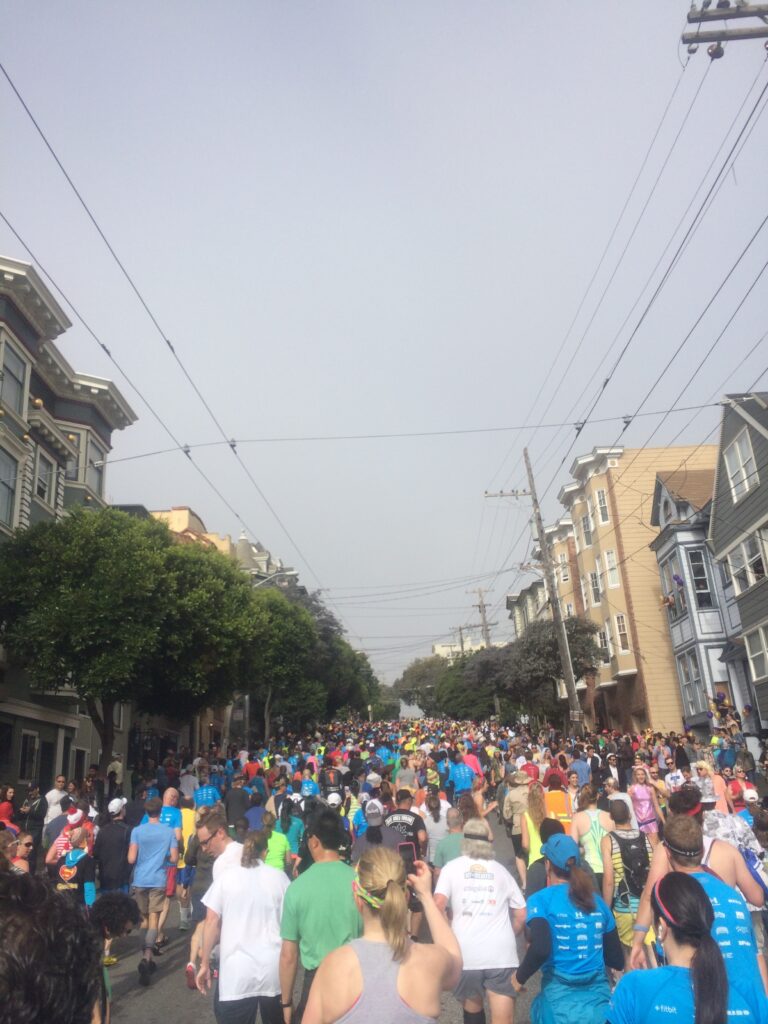 That’s not the camera angle, that’s the road angled upward!

Family of sumo wrestlers – I think it’s all the more genuine since the runners are of Asian descent!

And of course, the nudity: 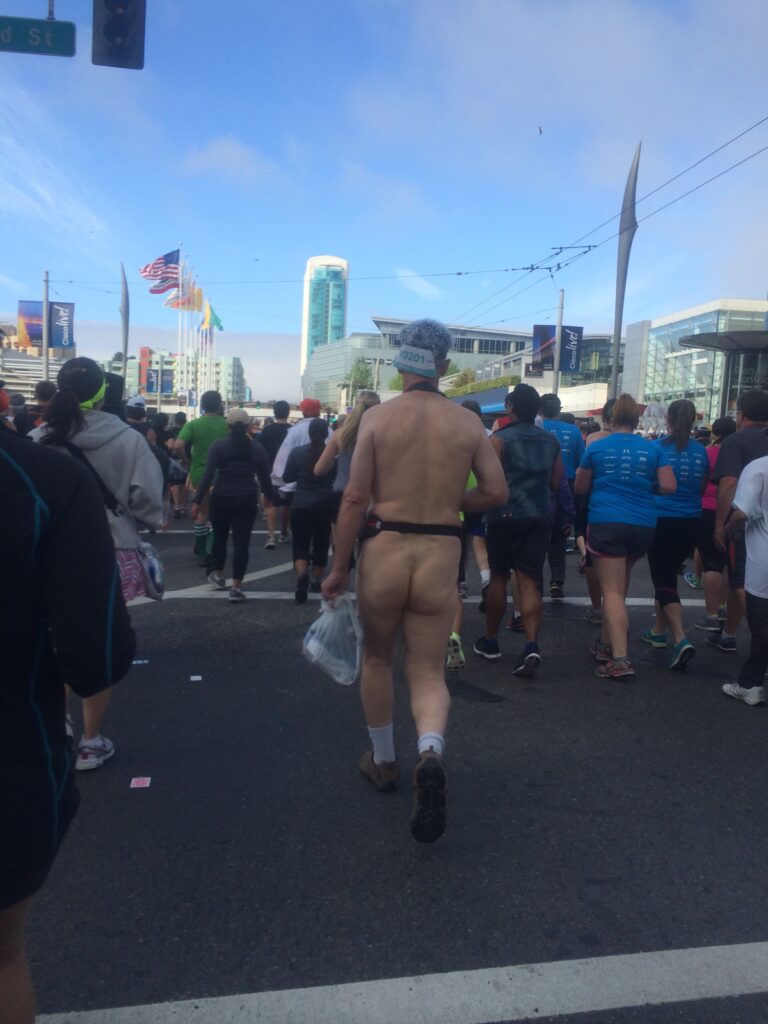 Future Brazilian Butt Lift candidate! Yes, this is one of the runners.

Hope you enjoyed this!

One thought on “Bay to Breakers 2014: Do these runners need a nip and tuck?!”