I went to Haiti with The Greene Team back in March of 2010, about 2 months after the devastating 7.0 magnitude earthquake shook an already fragile country. There was a great deal of support from around the world to help the victims. The Greene Team, based out of Baton Rouge, was one of those groups that went to help. They sent 8 teams to Haiti, and I was on that 8th and final team. As a plastic surgeon after the Haiti earthquake, my role was to help with wound care. I got more than I bargained for!

It’s 3 years ago now, so why am I blogging about it? Aside from the fact that Haiti still needs help is one reason and I hope this post will refocus attention on their plight. But also because I reconnected with someone recently from that mission trip. I had the pleasure of working with Dustin Lancaster, a physician assistant (PA) student these past few weeks, that I originally met on that trip and it brought back memories, both happy and heartbreaking.

Our group, departed New Orleans on March 8th, arriving in Santo Domingo, Dominican Republic (DR). Here we are after landing in the DR. 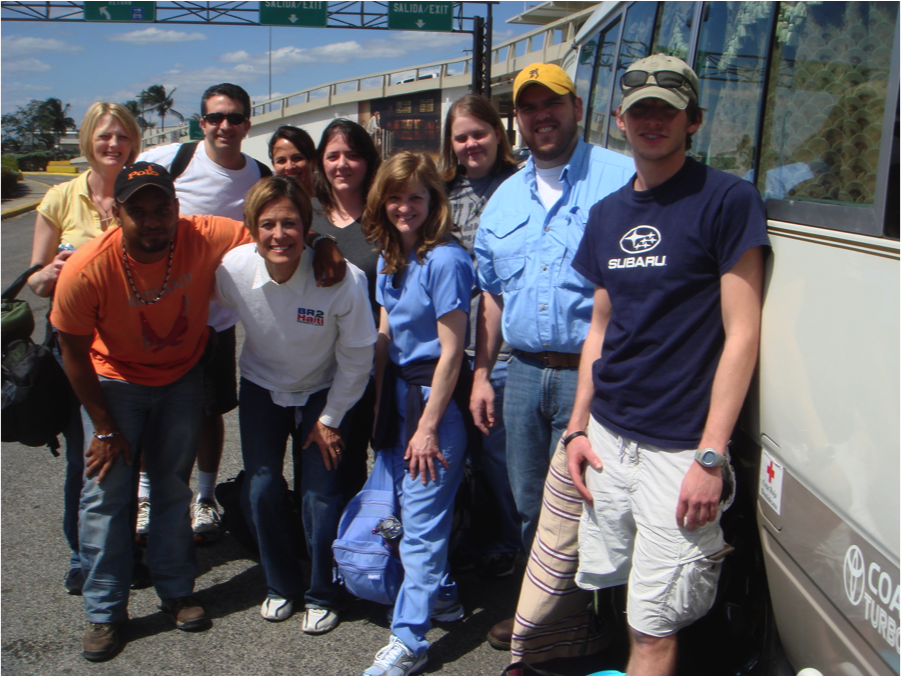 We drove 5 hours from the eastern Dominican Republic (DR) to the western part, near the border with Haiti that first day. For the duration of our trip, we stayed at the Good Samaritan Hospital (GSH) (below) on the border and traveled into Haiti each day to Love-A-Child Orphanage. Initially during our stay, the GSH was not functioning as a hospital because the Dominican government was no longer allowing Haitians to come across the border for treatment. It was such a shame because the hospital had a nicely functioning operating room that was fully stocked with supplies donated from around the world.  We were able to finally utilize the OR at the end of our stay but more on that later. 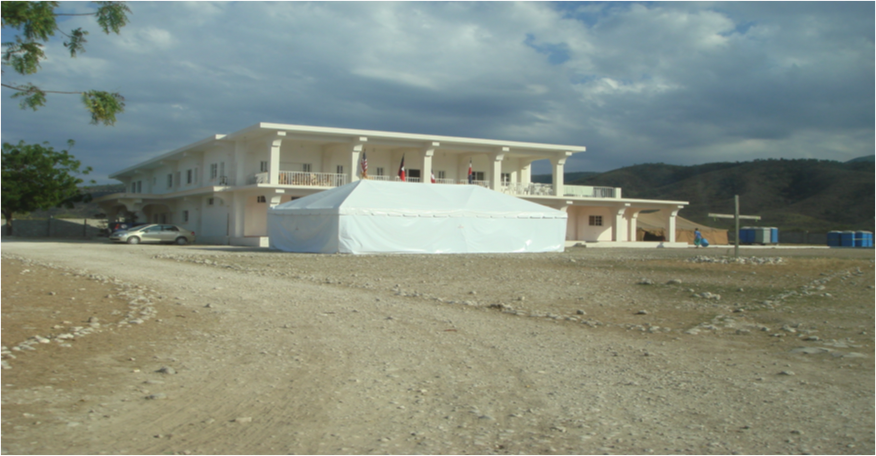 Click on the image below to see a Google Earth simulation of our whereabouts in relation to the US, Dominican Republic and Haiti.

Click on the image to see Google Earth simulation and see where Good Samaritan Hospital is relative to the Haitian Border.
GSH on GE large

Our first day of work, we traveled by bus from Good Samaritan Hospital to Love-A-Child orphanage, just inside Haiti. The daily trip took about 45 minutes each way. Once to the orphanage we volunteered in any way we could. Beth, Lance and Ann handed out medications. Dustin, Sharon and Mindy helped with the physical and occupational needs of the residents. 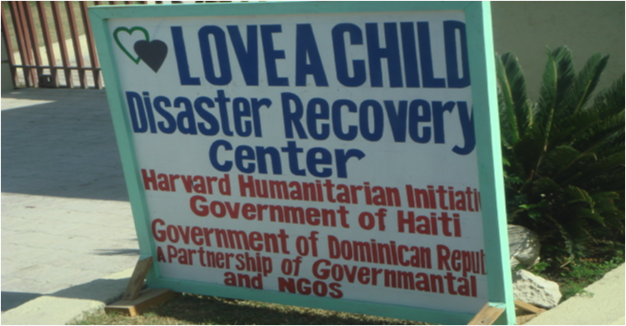 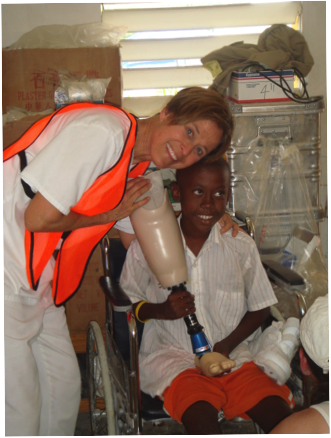 Our fearless leader, Cathy, who was also our translator. FYI, this was not this child’s prosthetic leg. He luckily had all of his limbs and was curious about the artificial leg he saw in the infirmary. 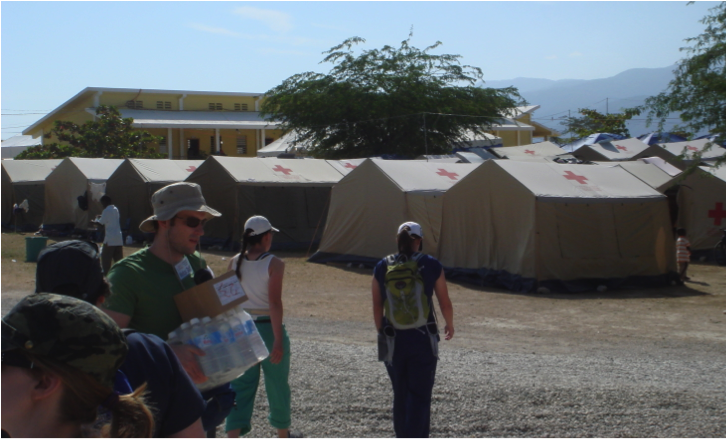 As we left to head back to Good Samaritan Hospital (GSH), I assumed that my work was done for the day. However, it seemed there was always something waiting for us back at the hospital – as though the Dominicans knew there were new medical personnel at the hospital! When we arrived back at GSH, there was a local worker that was pointing to his mouth, and repeatedly saying “dolor” – pain.

I looked in his mouth and saw a clearly rotten tooth. My first inclination was to say that I wasn’t a dentist but I quickly realized that here in Haiti/Dominican Republic, I was the dentist! So I made the decision to remove his tooth and told him this through a translator, for which he was very happy to hear. I knew enough to know that this would hurt and this was the moment my plastic surgery training came in handy!

When some plastic surgeons inject fillers such as Restylane® or Juvederm® into the parentheses lines that extend from the nose to the mouth, they first give a “dental block”. This is an injection into the mouth to numb the nerves that provide feeling to the middle part of the face around the nose and mouth. By giving a dental block, the patients don’t feel the pain associated with injecting the thick gel of a filler. And just as a dental block provides pain prevention for cosmetic injections, it can also provide pain prevention when pulling out a tooth. I proceeded to give this patient a dental block and pulled out his tooth to the patient’s delight. You can see our success in the photo below (btw, the patient gave us permission to use this photo)! 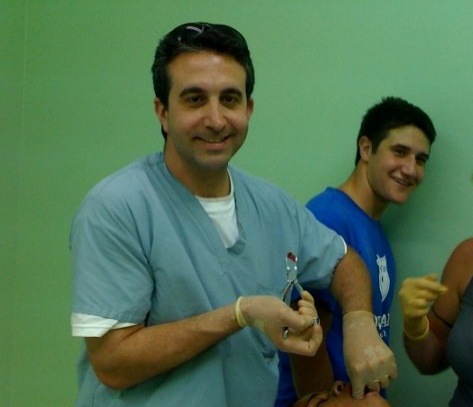 Removing tooth after a dental block.

2 thoughts on “Plastic Surgery After the Haiti Earthquake, Part I”