For those of you that don’t know, the Liberace (pronounced Lib-a-ra-chee) movie that tells the story of Liberace and his chauffeur/lover Scott Thorson is set to premiere on HBO on May 26th. The movie is based on the book published in 1988, Behind the Candelabra, written by the lover, Scott Thorson. Depending on your age, you’re probably wondering right now, who is Liberace and what does it have to do with a plastic surgery blog. What follows in this post, is a fascinating, and disturbing, story. 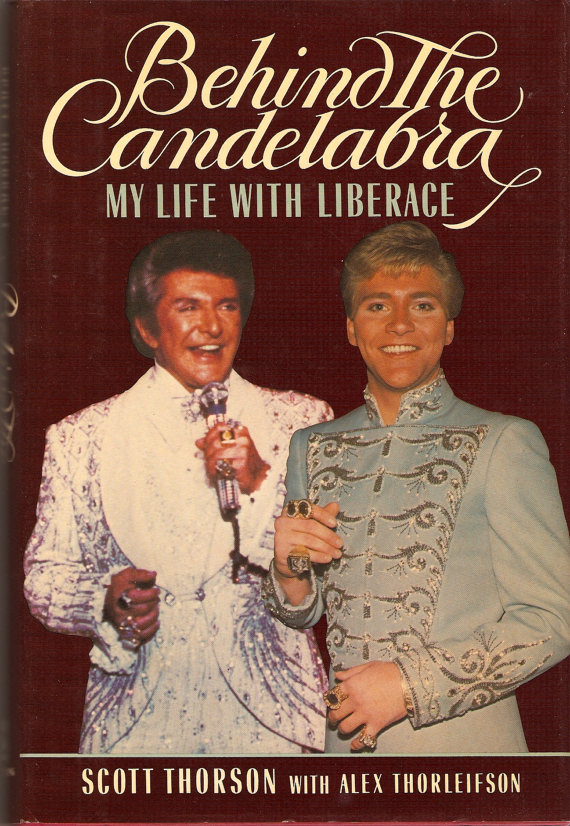 Cover of the book, Behind the Candelabra

Liberace was born in Wisconsin in 1919 to a family of Polish-Italian descent. His father had a love of music and impressed that upon his son. Liberace became a very flamboyant pianist and was the highest paid entertainer in the 1950’s to 70’s – thus the reason many of us are unaware of him. His draw was not necessarily his piano playing but rather his ability to put on a show for his audiences with audacious outfits and pianos of rhinestones and mirrors. He was the consummate showman. See below.  Quite frankly, his ability to promote himself was his single greatest gift and something that put him way ahead of his time. Essentially, he is the gay (probably), piano playing version of the Kardashians – famous people that may not be the most talented but know how to stay front and center in pop culture and the public consciousness. 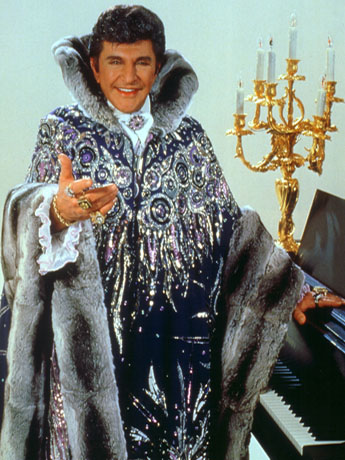 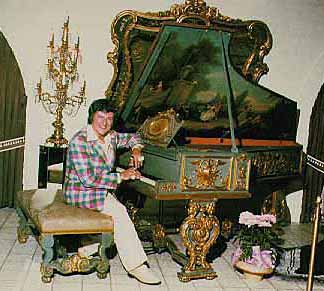 You’ll notice that he’s always pictured with a candelabra on the piano (the inspiration for the book’s title), another example of his gaudy display of success. The ridiculousness of his garb was recognized back then. You shouldn’t assume that his outfits were in style then and only seem silly looking back from the 21st century – the ostentatious nature of his outfits was recognized back then too. He became more eccentric with time and age.  Because of his clothing and flamboyant nature, he was the butt of many jokes by comedians and critics but in response, he coined the phrase, “I cried all the way to the bank!”

In 1976, he met Scott Thorson, 16 years old at the time, and eventually hired him as his chauffeur, but it is generally assumed that Thorson became his lover (even though Liberace never admitted to being gay – keep in mind that society was not as accepting of homosexuality in the past). Anyway, after Liberace died in 1987, Thorson wrote his tell all book.  Thorson describes how Liberace hired a plastic surgeon, played by Rob Lowe in the movie, to perform plastic surgery on Thorson so that he’d look like a young version of Liberace! I’m not making this stuff up. 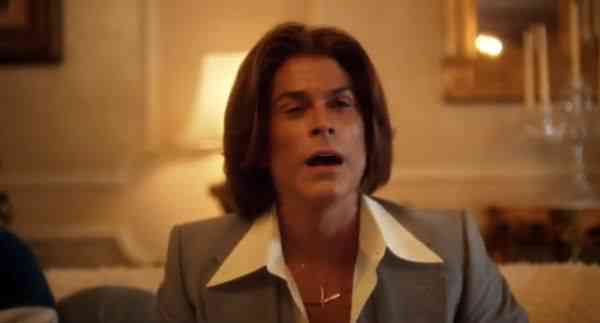 Rob Lowe plays Liberace’s plastic surgeon that was asked to perform surgery on Liberace’s lover to make him look more like Liberace. Photo courtesy of The Atlantic Wire.

Based on my reading, Liberace and his lover, Scott Thorson had a rocky relationship even leading to a palimony suit filed by Thorson against Liberace for $113 million dollars, eventually settling for $95,000 and a couple of dogs (I feel like it would be appropriate to put an exclamation point after each sentence in this blog post!!!!). Check out the photos below of the real life Liberace and Scott Thorson and then the Michael Douglas, Matt Damon version in the upcoming HBO biopic. 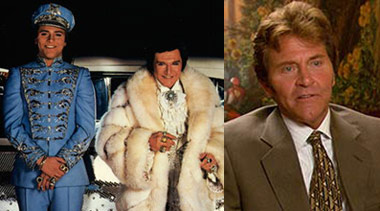 Liberace and his lover Scott Thorson, left, Thorson as an older man, right. 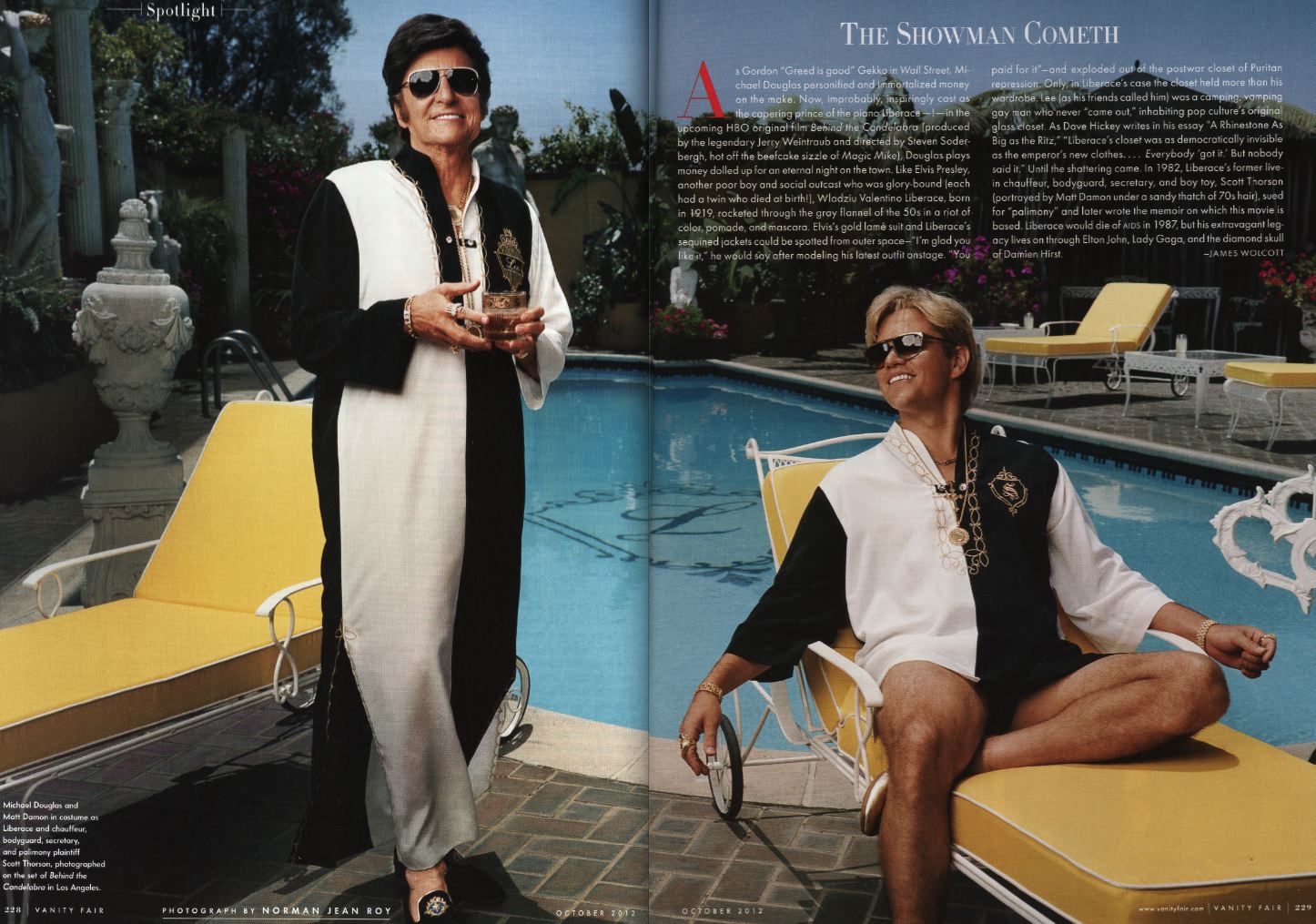 So after Liberace died of AIDS related diseases in 1987, Thorson has had quite an eventful life. He went on to release his book in 1988, testified against a gangster in 1989, placed in protective custody and then was shot 5 times in 1990 by drug dealers! He survived, and in 2008, Thorson pleaded guilty to felony drug and burglary charges and was sentenced to four years in prison.  He was subsequently released and currently lives with his common-law wife in New England…reality TV at its best!

As a special treat, enjoy this trailer from the new HBO movie….