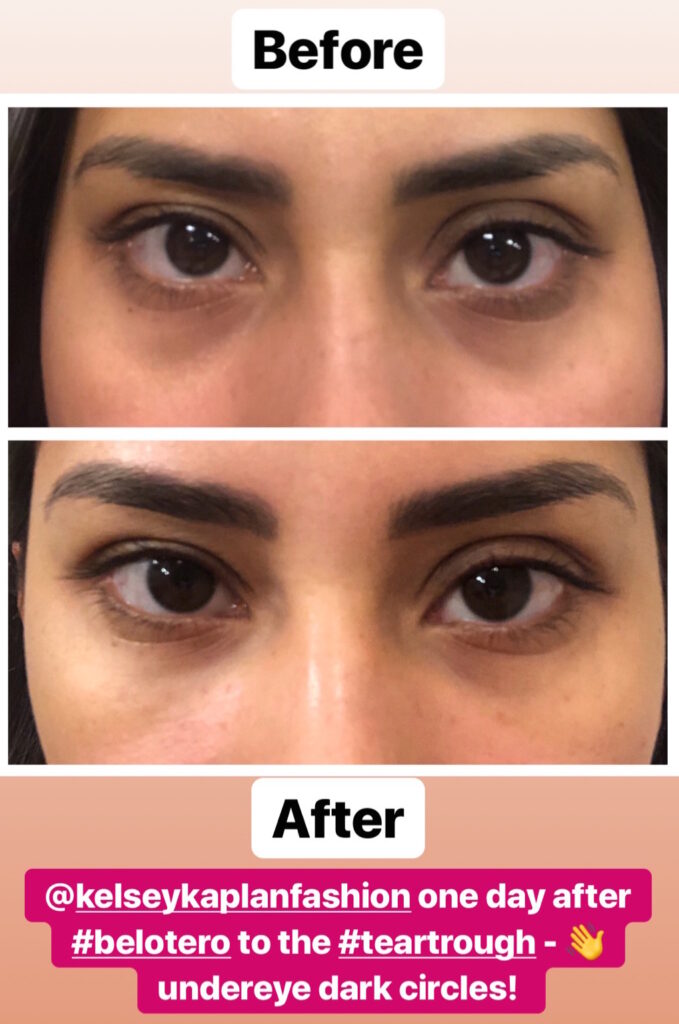 Tired of those undereye dark circles? Or just tired of everyone thinking you look tired because of them?! Or maybe you regularly apply foundation to your face just so you can cover the dark circles. Well, there’s something you can do about this “malady.” As you’ll see in the post and video below, you’re not alone.

The dark circles under the eyes are not due to dark skin as many think. In many cases, it’s actually a shadow and nothing more. A shadow cast by the eyes onto the skin under the eyes. So if you can elevate that sunken area and bring them out from under the shadow of the eyes, you can fix this issue.

But how to raise that area? Fillers, like Belotero, are the solution. Belotero (similar to Juvederm or Restylane), is made from hyaluronic acid, the same material found in your joints. By injecting these fillers under the eye, the area is raised, brought out from under the shadow of the eyes, thus eliminating the dark circles as seen in the before and after photo above.

Be sure and go to a trained plastic surgeon or dermatologist that has a great deal of experience in this procedure. Because even though it may seem like a simple procedure, done incorrectly, it can result in an inordinate amount of swelling, bruising or even blindness! Seriously. Granted that’s a very uncommon complication, the FDA is now requiring warnings regarding blindness and filler injections around the eyes.

To check pricing on this procedure from a doctor near you, click here.