In the outstanding article by Dr. Atul Gawande in the New Yorker, he explains how healthcare should strive to be more like a chain restaurant. 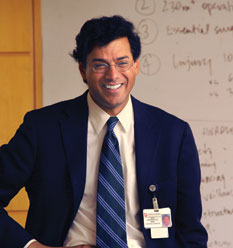 Now hear him out before you make any judgments! He uses the analogy to make several excellent points over 10 webpages on the New Yorker site. I’ll give a very paraphrased version in case you don’t have time to read his more eloquent version.

Essentially, he points out that costs, efficiency and results can be better streamlined in healthcare if they’re more like chain restaurants. Chain restaurants, The Cheesecake Factory in his analogy, through their size and organizational techniques, can lower costs while still providing many services and treating large numbers of customers.  And in the same way chain restaurants can train managers and cooks to provide dependable reproducible meals, made a certain way, nurses and doctors can be brought together to provide dependable, reproducible care for patients done in such a way to produce the best outcomes. 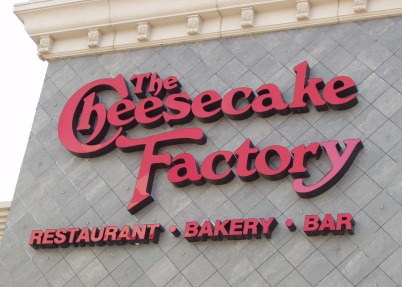 After I read his article, I was impressed how he could make such an unusual and unexpected comparison between two seemingly unlike organizations but also make an excellent point.

But that was before I heard an on-the-surface humorous story about a relative of mine, who will remain nameless (this relative just happened to be the one that sent me Dr. Gawande’s article).  My relative had heart surgery within the last 2 years. A bypass of a few vessels. They took vein from his leg to do the bypasses.  While he may not agree, it was largely an uncomplicated recovery. I say he may not agree because he did have some wound healing issues with his leg incisions but I say largely uncomplicated because as a doctor, I know one complication from heart surgery is death, so, it was largely uncomplicated since he’s still with us. Eventually he recovered, leg incisions healed. No post-bypass myocarditis (heart inflammation) or heart attack, no pneumonia, no new heart arrhythmias (irregular heartbeat) or chest incision infection. I’m most familiar with the chest incision infection because as a plastic surgeon, I’m asked to treat these. This is when the chest incision doesn’t heal, opens up, can expose the heart so much so that the plastic surgeon has to cut out the infected sternum (breast bone), move chest muscles or an apron of fat from the abdomen called the omentum and cover up the chest wound.  Pretty awful. Hopefully by now I’ve made my point that his recovery was largely uncomplicated. While the complications such as these do not occur regularly after a heart operation, they are extraordinarily bad complications when they do happen.

Back to my story. My relative recovers. In totally unrelated circumstances, he sends me Dr. Gawande’s article a couple of years later and I read it. Then a few weeks ago my brother goes over to my relative’s house to visit (they’re wonderful people and we like them a lot). He’s doing fine, 2 years have passed since his operation. This was just a regular friendly visit – no medical issues. They’re about to watch an “away” Saints game on TV and my relative asks my brother what he wants for lunch.  As my brother contemplates this question, my relative almost immediately follows up his own question with an answer…..Popeye’s Fried Chicken!  So after 2 years he’s back to eating one of the most unhealthy, but delicious, delicacies on earth. But it is delicious.  Before his heart surgery, he ate similar types of food which invariably led to the atherosclerosis of his coronary arteries. The only other major contributor to heart disease that he did not participate in was smoking. And by the way, the things that can lead to heart disease, high fat diet and smoking, can also lead to wound healing problems, like the problems he had in his leg incisions. 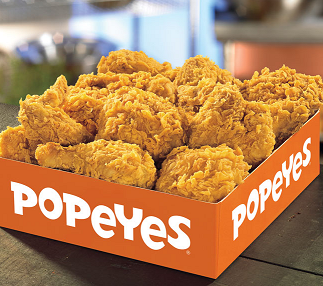 After hearing this story, it made me think back on Dr. Gawande’s article. And while it is still an excellent article – it offers many insights of how to improve healthcare – there is one element in which the comparison of chain restaurants and healthcare does not match up.

After all of the training of the cooks to make the best, most reproducible meal at the lowest cost, that meal doesn’t destroy itself. The ahi tuna on the plate doesn’t push off the beautiful garnish purposely placed along the side of the plate by the chef. The crunchy egg rolls don’t submerge themselves in alcohol and make them soggy before being placed on the customer’s table.

So while we can heed Dr. Gawande’s advice on improving systems through centralization and other efficiencies leading to lower costs, a dearth of patient education and a plethora of self-defeating human behaviors will doom cost effectiveness in healthcare. It doesn’t mean we should give up, but it does mean that healthcare will never be fixed to the public’s expectations…and they need to accept that burden for which they are partly responsible.