As you may have seen recently in the media, the American Society of Plastic Surgeons (ASPS) released additional statistical information on their annual survey of cosmetic and reconstructive procedures performed in the past year (2012 in this case). They found that the arm lift is becoming a much more common procedure than in the past. This is mostly due to the advent of weight loss surgery. Aside from wanting a tummy tuck or breast lift after massive weight loss, an arm lift is a very popular procedure that massive weight loss patients are seeking. See the infographic below from the ASPS. 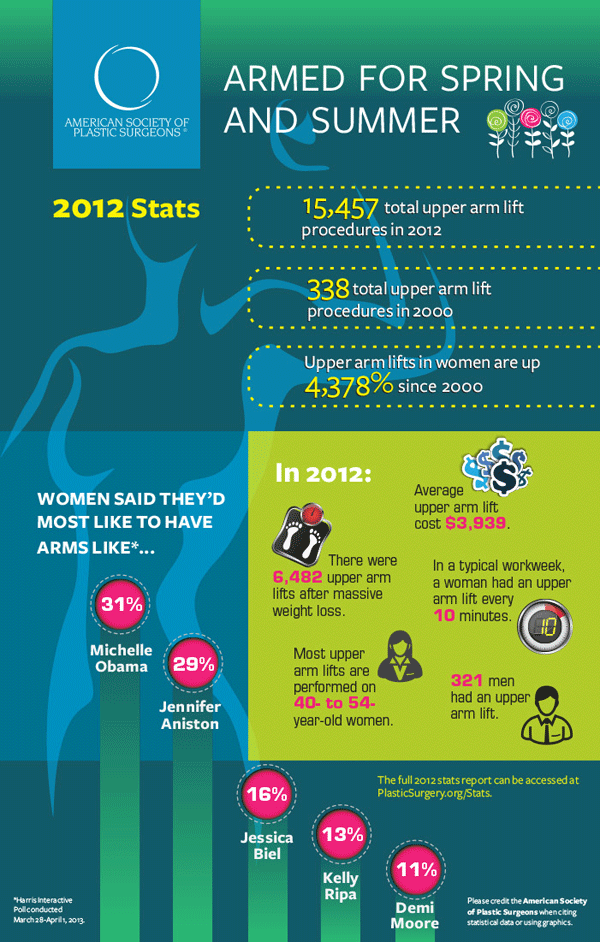 But before patients get an arm lift, they need to understand that there may be other options and they need to understand the issue of scarring with an arm lift. If you don’t have a great deal of excess skin but mostly fat to the upper arms, you may be a candidate for liposuction which requires a very small scar. Unfortunately, most patients that are unhappy with their upper arms is usually due to what they call “bat wings” – the excess floppy skin that is not amenable to liposuction alone. Therefore, they must consider an arm lift, or removal of the excess arm skin. And if removal of the skin is needed, then you must recognize that you will have very long scars.

To remove the skin, you must make a long scar along the inside of the arm. These scars used to be placed on the back of the arm but since people walking behind you could see the scars and know you had an arm lift, more plastic surgeons are now placing the scars inside the arm to better hide them. It doesn’t make them invisible but it does make them less noticeable in this position. The other thing to keep in mind is that the goal of an arm lift is to remove as much skin as possible. When you do this, it requires stretching the skin to get the incision closed and where there is stretch, there is tension and where there is tension, there’s the risk of the scar widening. And if you’re worried about a potentially wide scar more than you’re worried about your “bat wings”, you’re not mentally ready for an arm lift. However, if the opposite is true and you hate your “bat wings”, you’ll be thrilled with your results.  Here are some of my results below. In sequential order, here is a patient after an arm lift, showing the outer aspect of the arms so you can see the improvement in the arm contour but below that is the inner aspect of the arms so you can see her scar – full disclosure! 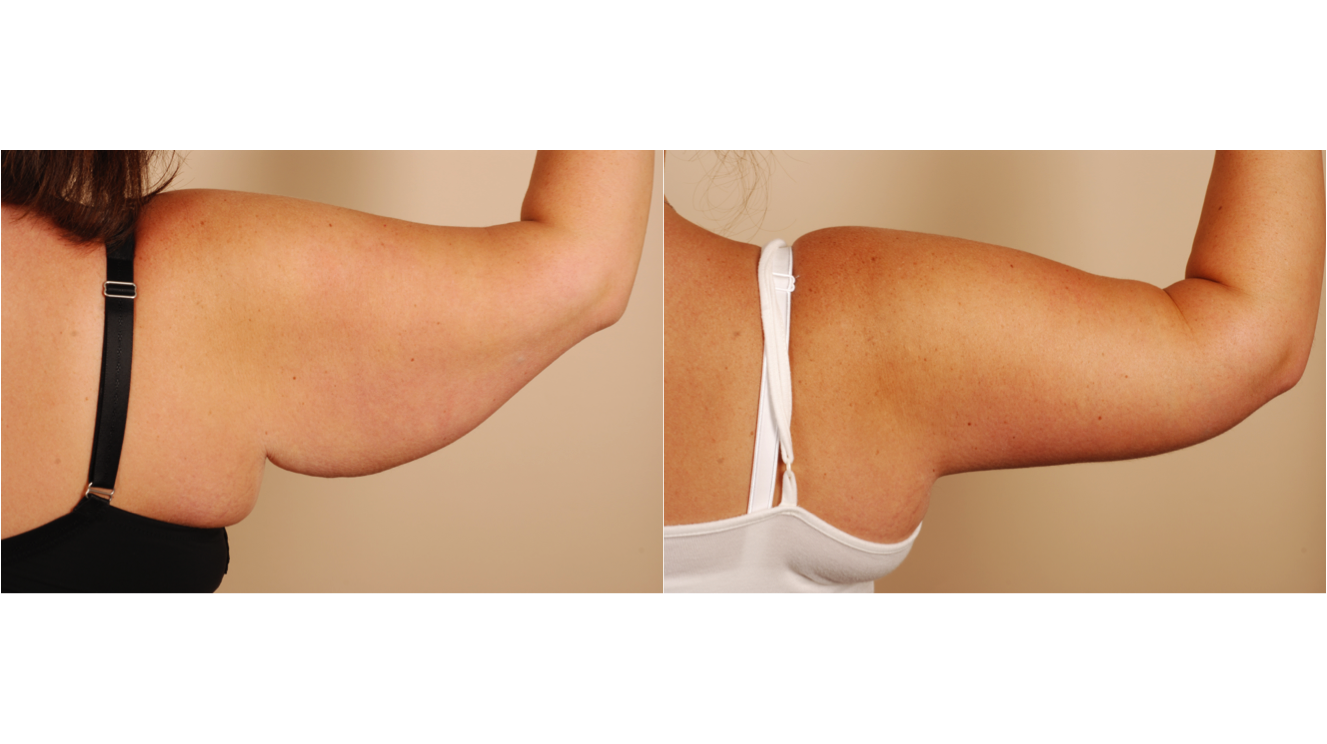 Arm lift, before and after. From the outside view of the arm, the scars are hidden.

Same patient as above but before and after shots that show the inner aspect of the arm so you can appreciate the potential for scarring.

But every patient heals differently. Here’s another patient of mine showing both the outer and inner aspects of the arms. She heals much better such that the scar is relatively invisible. Be sure and ask your doctor if 1) they’re a board certified plastic surgeon and 2) if they have pictures of both the inner and outer aspects of their arm lift results. Hopefully they provide you with the information you need to make an informed decision.

Another patient of mine after an arm lift

Same patient as above but an example of how some patient’s scars heal better than others.